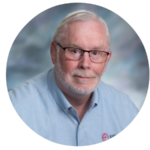 Bill Ballard’s career has spanned 47 years. Here’s the story of how he came to engineering and EFI Group, and of his life and plans for retirement. Enjoy!

My father drove me into being an engineer more than anything else. He went to night school to become an engineer, but with family responsibilities he never finished. I was always interested in mechanical things anyway and when I was in high school the field of aerospace engineering was taking off and my father’s interest in engineering and the fact that he was a pilot during WWII inspired me. I thought it would be a great field to get into.

What excited you most about mechanical engineering and aerospace engineering?

The whole idea of creating and then building was always interesting to me – taking a concept and actually building something. As a kid, I tinkered with bikes and I was always trying to soup up my lawnmower. Then in high school I got very interested in mechanical drawings (which isn’t even a thing anymore). Plus, I loved the science curriculum, especially everything related to physics – physical things.

Well, I received my B.S. in Aerospace Engineering, but what really stands out is that I was in college during the time frame of the Vietnam War. For awhile I had a deferment because I was college student, but then they eliminated those and I was actually classified as a 1A (ready for service) so I needed to be ready to go to Vietnam in the middle of college.

What was the pressure of possibly going to war like for you?

After they eliminated the school deferments, a lottery system based on your date of birth was developed to determine who would go to Vietnam. They gave each date of the year a number from one to 365 and your number was the date of your birthday. They said if you were assigned number 1 through 122 you were definitely going to be drafted and going to war.

We would listen to the lottery on the radio every day while we were studying and it made our motivation to keep going with our schoolwork disappear.

We went to take the army physical and it was EXACTLY like that song Alice’s Restaurant. We were there at Fort Holabird in Maryland – two of 1,000 kids walking around in paper shoes and underwear. It was incredible.

Finally, because of a few physical things I was able to get out. But the pressure of going to Vietnam was just tremendous and it always interfered with my school work.

College then got even more interesting because I was in aerospace engineering and in my junior year Neil Armstrong landed on the moon. As soon as he did that, tons of aeronautical engineers were laid off because they weren’t needed anymore, NASA had achieved its goal.

So the jobs in aerospace engineering for a college graduate where zero. In fact, there were only two people out of my class of 40 who actually had jobs at graduation.

What did you do?

I had worked summers at Bethlehem Steel as a mechanic. So I decided not to look for aerospace engineering positions and, instead, look for mechanical engineering jobs. I was able to talk my way into a job in manufacturing as a maintenance engineer at U.S. Gypsum Company, a gypsum wallboard manufacturing plant.

What was your first experience in the working world like?

I liked the variety of projects and challenges you had to deal with. I knew a lot about the mechanical aspect of manufacturing but because it was a highly automated facility, I had to learn very quickly about process controls and electric power. It was like being thrown into a huge learning experience.

What about your family life? How did you meet you wife?

My wife and I had gone to the same church so I have actually known her since I was eight. However, she was at a totally different school district. Except for seeing each other on Sunday, we never crossed paths. But then in college we started dating and we’ve been married for 47 years.

Well, I had just bought my first car and there was some church function that weekend and she decided she was going to ride with me. So, really, I think she decided we were going to date! But after the church event was over, I took her home and asked, “Would you like to go out for a date?”

It started then and we’ve been dating ever since.

Now we have one son and two grandchildren. My grandson is 21 and my granddaughter is 18, so both are graduating this spring, one from college and one from high school.

What happened after Gypsum?

I stayed at Gypsum for three years. Then I went to a refractory brick manufacturing company and I worked there as a maintenance planner for four years. It was like like going from a highly automated operation to one that was practically in the stone age. After that I worked for SCM Chemicals (now Millennium Chemicals, Inc.), for 23 years. I started as a project engineer and eventually worked my way up to Global Capital Manager.

How did you come to work at EFI Group?

I left the chemical company courtesy of one of those corporate downsizings and a woman who was also downsized and I were in outplacement services together. She was a friend of mine, but she also happened to be the wife of Ken Parezo’s business partner, Ray Kruze. I had known Ray for years. In fact, I actually hired him at SCM, but then he left to start his own business. He and Ken started EFI Group and I became connected to Ken because of that relationship with Ray and Linda Kruze.

What was your first impression of the newly founded EFI Group?

I came from a huge corporation, a billion-dollar operation, and EFI Group at the time was a very small consulting firm. So, it was a huge change for me. But I was far enough into my career that I wanted to consider consulting. Ken and I started growing the business from there, with about four other engineers.

What did you love about EFI Group?

Working at EFI Group gave me the opportunity to get back into the project engineering I’d done earlier and loved, and I liked the variety. I could be at McCormick, a spice and flavor manufacturer, one day and the middle of a paper mill the next day. What I loved most was helping our clients improve their operations. Doing that turned out to be fascinating. The best part of my career.

How did you become a partner at EFI Group?

Ken originally had a lot of local clients, but then we started working on larger projects in 2005 and 2006. During that time we got connected to a project in Missouri, so we started the process of expanding the business past Maryland into other states, and that’s when I became partner.

What was your vision for EFI Group?

My goal for the company was twofold: To look beyond Baltimore and also to grow the service offering by exploring other types of manufacturing, engineering and process improvement support we could offer.

What do you feel has been your biggest contribution – your legacy?

It’s hard in a business like this to say you own a particular contribution because it always ends up being a collaborative effort, but I think I was able to help Ken see that although we had a smaller company we could participate in large projects; to give him the perspective that he could do work throughout the United States. I helped open the team’s eyes to the growth possibilities.

What are you most proud of?

I’m most proud of the fact that as a team we were able to evolve into a company that is full of both confidence and the true ability to consider almost anything in manufacturing. Also, the development of the collaborative spirit – particularly of the new people we brought in and we’re starting to expand even beyond that with new recent hires, and more on the horizon.

What is your wish for EFI Group going forward?

I hope they continue to consider possibilities and never become complacent in the services that they’re providing today. To always be more open to new opportunities.

What was your best and worst times at EFI Group?

The best time was 2007 through 2010 when we were really expanding our reach and I personally became involved in a larger project in Missouri. During that time we also brought subject matter experts in for projects in Alabama, Kentucky, Florida and other states. That time was very exciting because of the growth of the team.

The worst time was almost exactly a year before that. We had a project that put the business at risk, but within twelve months we had totally turned that around by being persistent, digging in, getting through the hard times and just continuing to grow beyond that.

So, January 2006 to January 2007 was a tough year, but 2007 was a great year and during that time we also expanded the offices here in Baltimore and hired the key people who are now part of the partnership team.

Why did you decide to retire now?

Family. My wife and I want to do things together, including travel, and my grandkids are getting older, which is neat and something I want to be part of. Being with family is very important so that’s certainly my number one reason.

But also the fact that EFI Group has grown. We’ve added truly high-quality people. So, I don’t feel like the work is falling on Ken and my shoulders anymore.

We have developed a team that is very functional, very proficient and very talented – and who are generally great people. This makes it easier to turn over the reins. It’s time for new people and new ideas. Plus, I’ve already worked 47 years, that’s long enough.

What are your plans for retirement?

What type of music do you like to play?

Right now, it’s very technique oriented. I’m not targeting being a jazz pianist or anything like that. I’ve just always had an interest in all kinds of music. My parents and grandparents introduced me to big band and classical, and growing up in the 60s it was the Beatles, Cream, Jimi Hendrix and the Doors. But the focus is definitely on just learning how to play at the moment.

What other hobbies are you picking up?

Right now it’s just the music, but whatever I do it will be very removed from engineering – meaning I won’t be taking courses that are highly technical; it’ll be more about exploring my artistic side.

Is there anything else you’d like to share as you start this new phase of your life?

This goes back to college and the war. I was very fortunate to have a girlfriend, now my wife, who supported me and helped me through because college was difficult for me. She kept me on track. Without her, I wouldn’t have been able to graduate. She was my inspiration to keep going and, frankly, she’s been my inspiration ever since.

Learn More About our Approach

Complimentary Resources for Improving Your Operations & Minimizing Your Risk: 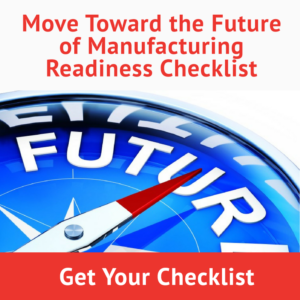 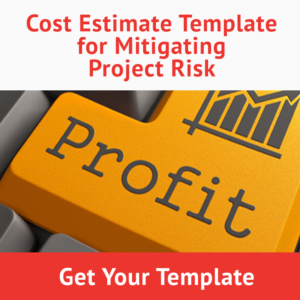